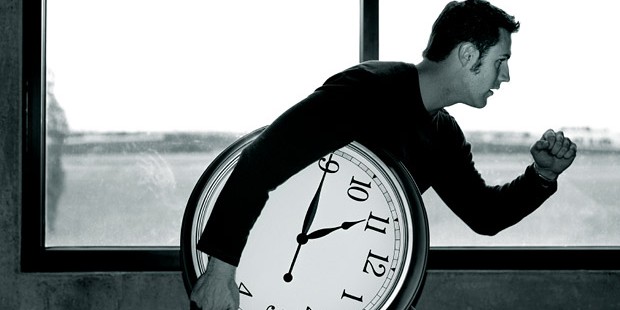 Real-time marketing is about reacting fast and looking for real-time opportunities to market your product. Whether the opportunity is an event or customer-driven, the reaction has to be almost immediate. If it also happens to be creative it can result in something remarkable, like the recent Oreo’s “Dunk In The Dark” picture. Minutes after the power-outage at the Super Bowl game (super important event in the US) Oreo’s advertising team posted this picture on Twitter and Facebook. 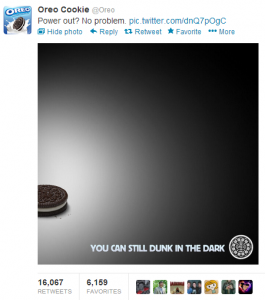 Oreo’s “Dunk In The Dark”

So the cookie’s tweet got over 16,000 retweets and more than 6,000 favourites whereas the same post on Facebook – over 20,000 likes and 7,000 shares. Add here the internet and other media buzz that it received (yet another blog post you are reading right now). And all that made possible with a picture that was timely and creative. Now that’s what I call efficient marketing!

The huge potential of real-time marketing is indisputable and recently we could see more and more examples of companies understanding the value of the moment. However, a lot of them are still so busy with the long-term strategies that they are not able to think in real-time. In my opinion, the real-time is not less and maybe even more important nowadays.

Let’s take a look at how other companies managed to leverage the right moment to create tons of advertising value for their brands at a little cost.

After United Airline baggage handlers broke the guitar of a musician Dave Carroll, the latter has got no response to his numerous complaints. So he recorded a “United Breaks Guitars” song and uploaded it to YouTube. It went viral collecting more than 12 million views.

Understanding the value of the moment, guitar manufacturer Taylor Guitars in a couple of days released this video in response to United Breaks Guitars. It has been viewed more than 600,000 times to date.

This video has been published shortly after the Red Bull Stratos Jump. Almost 9 million views. Needless to say more.

Twitter is no doubts essential tool for “real-time” marketers. Just search for your or competitors’ brand mentions and you can find a lot of opportunities for real-time marketing.

Dave Kerpen, CEO of Likeable posted this tweet standing in the long line to check in at a Hotel in Vegas – “No Vegas hotel could be worth this long wait. Over an hour to checkin at the Aria. #fail”.

Just few minutes later he got a reply not from Aria, but a hotel across the street – “Sorry about your bad experience, Dave. Hope the rest of your stay in Vegas goes well.”

As a result of this tweet, Dave stayed at this hotel next time. He also recommended it to a friend who was having a family reunion in Vegas. So this one tweet led to over $10,000 in revenue for the hotel.

One day Bodyform has received an unusual and amusing post on their Facebook page. It went viral and collected over 100,000 likes. It could be the end of the story, but some creative minds at Bodyform thought that this opportunity is too good to miss and released a video response to the post (read FB post before watching). The video has 3.7 million views so far.

Do you know other examples of real-time marketing? Let us know in the comments below!

Hi, we are ImperHub team and this is our company BLOG. We want to share our best ideas, findings and resources with all those who are driven by social media, wed design, ecommerce and business power.

We do believe that our blog can be helpful for any of the following group - fresh entrepreneurs, webmasters or business professionals. Share your thoughts with us either in the comments field below or drop as en email.